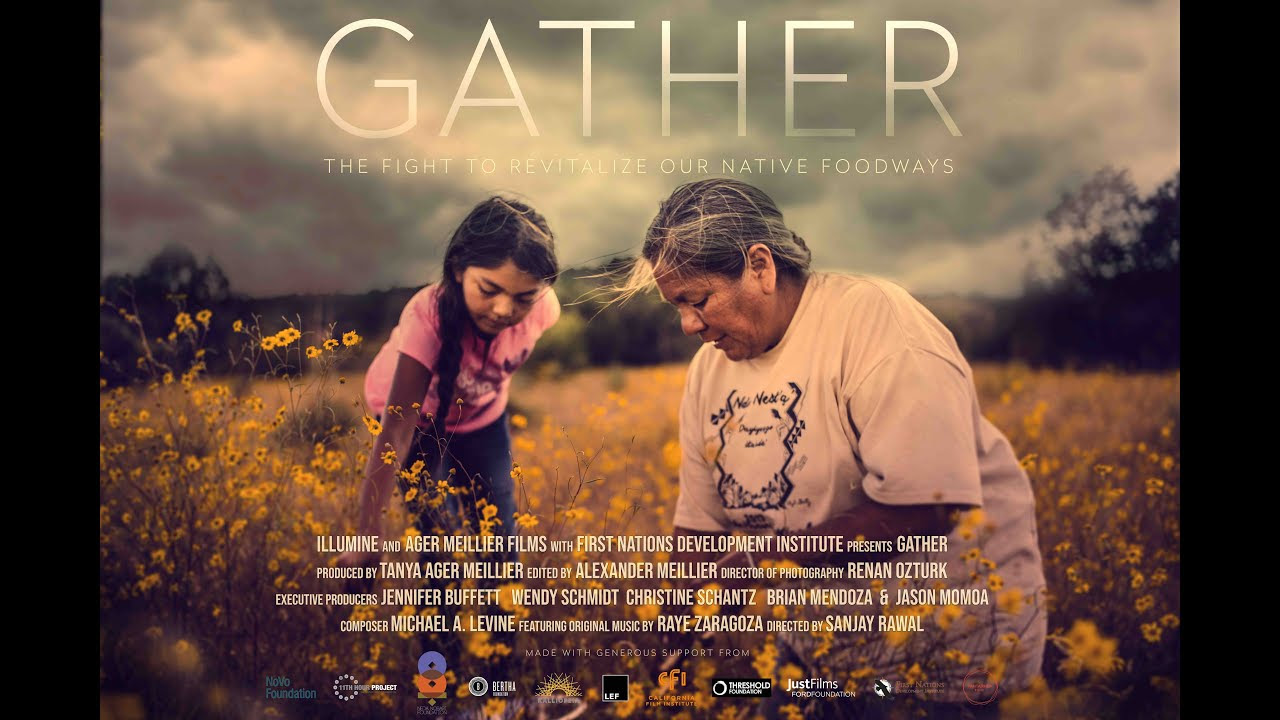 Join us on Saturday, April 24th at 3PM as we kick-off BIFF’s popular Environmental Film Focus Series with an inspirational film and exciting panel discussion. We will be screening the film together on that day followed by an engaging discussion and Q&A with our panel of experts.

This event is proudly and generously sponsored by The Whitehead Foundation and FREE TO ALL!

GATHER is an intimate portrait of a growing movement among Indigenous Americans to reclaim their spiritual and cultural identities through obtaining sovereignty over their ancestral food systems, while battling against the historical trauma brought on by centuries of genocide.

GATHER follows Nephi Craig, a chef from the White Mountain Apache Nation (Arizona), opening an indigenous café as a nutritional recovery clinic; Elsie Dubray, a young scientist from the Cheyenne River Sioux Nation (South Dakota), conducting landmark studies on bison; and the Ancestral Guard, a group of environmental activists from the Yurok Nation (Northern California), trying to save the Klamath river.

Registration for this special event and more details to follow, but Save The Date today!

A James Beard Award-winning filmmaker, Sanjay made FOOD CHAINS (EP Eva Longoria, Eric Schlosser) which chronicled the battle of the Coalition of Immokalee Workers, a small group of Oaxacan and Chiapan indigenous farmworkers in Florida, against the largest agribusiness conglomerates in the world. The film was released theatrically in a number of countries (Screen Media in the US) and won numerous awards—including citations from the US Conference of Mayors, the Clinton Global Initiative and the White House. The film was also a Winner (shared) of the 2016 BritDoc Impact award and several festival prizes.

Sanjay’s last film 3100: RUN AND BECOME won several festival prizes, had a robust theatrical release in the US in 2018 and is opening in traditional theatrical engagements across Europe and Australia in 2020 and 2021.

Danielle Hill, founder of Heron-Hill LLC holds an MPA in Sustainable Development from the World Learning Graduate Institute and in 2018 established her consulting business Heron-Hill LLC. She works in various capacities for Tribal governments, Tribal Organizations and Native American non-profits consulting on a variety of Indigenous issues. Danielle is also a student midwife and Doula and is passionate about reviving indigenous birthing practices, promoting food sovereignty, indigenous farming and maintaining Eastern Woodland traditions. Danielle is also co-owner of the Wampanoag Trading Post and Gallery and a member of the Wampanoag Nation Singers and Dancers

Jen Salinetti (she/her) is a co-founder, farmer, and the Director of Education & Community Engagement at Woven Roots Farm. For over 15 years, Jen has offered workshops and courses that develop relationships to land, build skills of resilience, promote traditional growing practices, and amplify pathways to social justice in the local school system, for the Northeast Organic Farming Association, and other regional organizations. She was recently selected as one of the Berkshires’ 25 most dedicated, influential, and creative people.

BIFF thanks The Whitehead Foundation for their generous sponsorship of the Environmental Film Focus Series, now in its fourth year!