By BIFFJune 4, 2014Press Release
No Comments 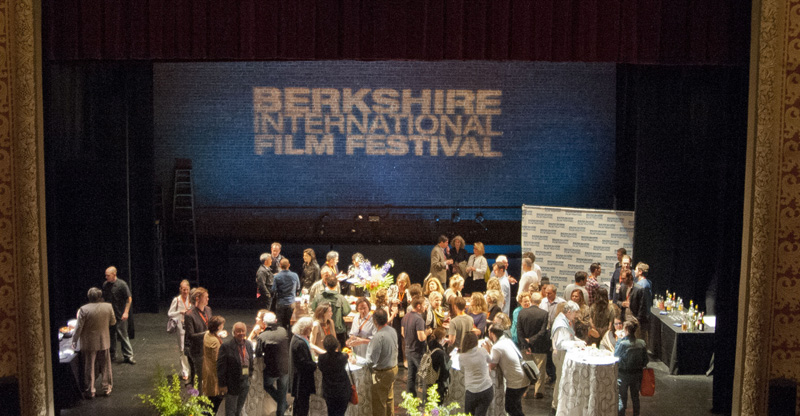 Great Barrington, MA – Today, the Berkshire International Film Festival announced the winners of the annual BIFF Juried Prize Award and the BIFF Audience Award. In the Juried documentary category, the winners were CASE AGAINST 8 written and directed by Ben Cotner and Ryan White. Gillian Robespierre’s romantic comedy, OBVIOUS CHILD won in the Juried narrative category. The Jury prize is sponsored by GWFF USA and was presented at a brunch Sunday at allium Restaurant. Serving on the BIFF Jury were actors Karen Allen, Mary Kay Place and Peter Riegert, producers and distribution gurus Josh Braun and Dan Braun of Submarine Entertainment, producers Susan Arnold and Tom Jacobson, directors Karen Goodman and Matt Penn and New York Film Festival director Kent Jones. The Audience Award Winner for best documentary feature was ALIVE INSIDE: A STORY OF MUSIC AND MEMORY and the Audience Award Winner for best narrative feature was a tie between HANK AND ASHA and UNDER THE SAME SUN.

The winner of the Berkshire Bank “Next Great Filmmaker Award” was Matt Slamowitz’s short film WATER DOGS starring Bob Jaffe. Slamowitz was on hand to accept the award in a ceremony during the Friday opening night in Pittsfield. After the ceremony, BIFF presented a sold-out screening of the Sundance hit THE TRIP TO ITALY directed by Michael Winterbottom and stars Rob Brydon and Steve Coogan, which was also sponsored by Berkshire Bank.

Highlights of the 4-day festival included the opening night screening of the narrative feature film MAY IN THE SUMMER.

The film was greatly received by a packed house at the Mahaiwe Performing Arts Center, and the audience enjoyed a wonderful Q&A afterwards with writer and director Cherien Dabis. The Opening Night party was held at the BIFF Tent with a live band, dinner was catered by Max Ultimate Food, and was generously underwritten by Jacqueline and Al Togut.

Saturday evening in Great Barrington, the Mahaiwe was yet again packed for the special event screening of THE BATTERED BASTARDS OF BASEBALL.

Immediately following the screening, directors Chapman and Maclain Way were heartily greeted by the audience and they held a Q&A with baseball player Jim Bouton. This special evening was generously sponsored by GWFF USA and the dinner party was held at the BIFF Tent, with music by Lucky 5 and dinner was catered by Michael Ballon of Castle Street Cafe.

The BIFF presented yet another sold-out presentation at the Mahaiwe on closing night of THE TRIP TO ITALY.

Screening 75 features, documentaries, and shorts, BIFF hosted over 40 filmmakers and offered free children’s programs, Berkshire filmmakers, a collaboration with The Mount showing EDITH WHARTON: THE SENSE OF HARMONY, a special retrospective of French films and parties in the BIFF throughout downtown Great Barrington and Pittsfield including a filmmaker cocktail party sponsored by the Red Lion Inn.

In its ninth year, BIFF proudly presented the third annual Filmmakers Summit, a two-day talent academy offered to the 2014 film selection filmmakers. Offering a diverse, multi-dimensional program of panel discussions, lectures, and special events, lead by known industry professionals, the BIFF Filmmakers Summit is designed to celebrate and support the advancement of filmmakers and recognize film as a relevant and important medium.

Other films screened at the festival included ‘A Thousand Times Good Night,’ ‘Beside Still Waters,’ ‘The Double,’ ‘Hellion,’ Lucky Them’ ‘My Sweet Pepper Land,’ Hank and Asha,’ ‘Venus in Fur’ ‘Love is a Perfect Crime,’ ‘Art and Craft’ ‘Blue Gold: American Jeans,’ ‘E-Team,’ ‘Freedom Summer,’ ‘The Green Prince,’ ‘Happy Valley,’ ‘Ivory Tower,’ ‘Keep on Keepin’ On,’ ‘Paul Taylor,’ ‘Soft Vengeance: Albie Sachs and the New South Africa,’ ‘To Be Takei,’ and ‘When Jews Were Funny,’ and 14 unforgettable short films.’

With over 700 film submissions this year, the Berkshire International Film Festival has quickly become a destination festival that filmmakers seek due to the enthusiastic audiences it attracts.

THANK YOU FOR SUPPORTING AND BEING PART OF THE BIFF!