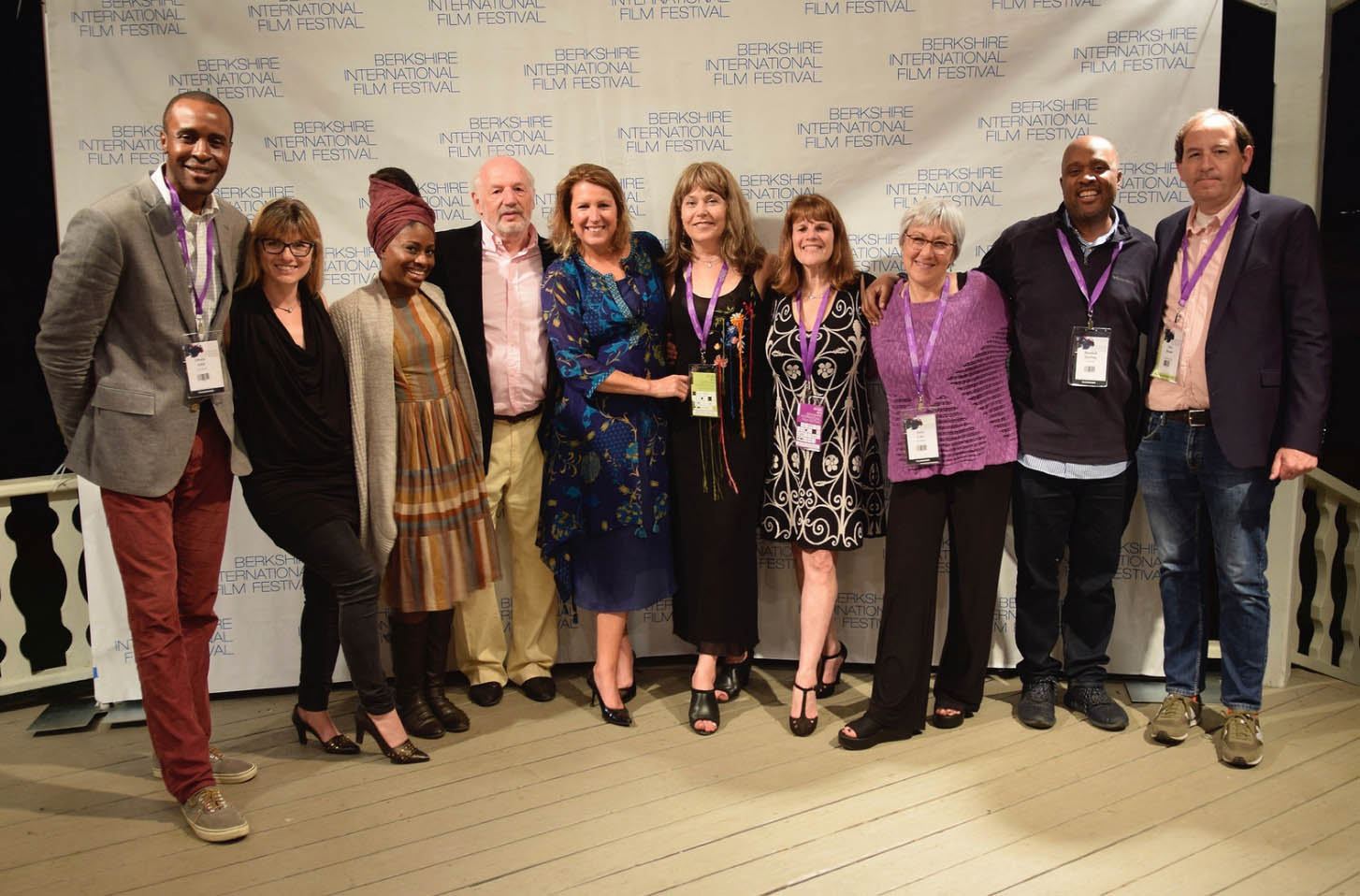 June 4, 2018, Great Barrington, MA – Sunday, the Berkshire International Film Festival (BIFF) wrapped a spectacular weekend with more than 50 filmmakers and industry professionals in attendance—including such luminaries as Rachel Weisz, Kent Jones, Charles Randolph, Gregory Crewdson, and Cynthia Wade. Governor Deval Patrick and Jayne Atkinson introduced a screenplay reading of the Berkshire-based film, MUMBET—a special event that brought a unique and local element to the festival. After the screenplay reading, a major announcement was made that Submarine Entertainment had come to agreement to represent the MUMBET film directed by Alethea Root, and produced by Alethea Root and Kim Waltrip, and executive produced by Octavia Spencer, Jayne Atkinson and Elizabeth Aspenlieder. In a prepared statement, Dan Braun and Josh Braun of Submarine Entertainment stated “we were strongly taken with the potential scope and importance of Mumbet and felt it was a good fit for us. We are thrilled to be working with Alethea and joining her team to help bring this great project into the world.”

The festival presented several awards. In the Juried Documentary category, the winner was THREE IDENTICAL STRANGERS directed by Tim Wardle. Its North American theatrical premiere begins in New York City on June 29, released by Neon. The filmmaker had this to say, “I’m honored and thrilled that Three Identical Strangers has won the Documentary award at BIFF. Sorry to not be there to accept in-person. On behalf of the whole filmmaking team I’d like to thank the Jury and everyone who came to see the film in Berkshire. It has been a 5-year labor of love to bring this documentary to the screen, and it is wonderful that it has been received so positively by BIFF audiences.”

The United Kingdom entry, EDIE, was awarded the Juried Narrative prize. Writer and director, Simon Hunter, was on hand to accept the award and gave his thanks to the BIFF and Berkshire audiences for receiving his film so generously. The Jury prizes, sponsored by GWFF USA, were presented at a brunch Sunday at allium Restaurant in Great Barrington. Serving on the BIFF Jury were actors Karen Allen, Jayne Atkinson, Michel Gill, Peter Riegert, and Scott Cohen as well as industry professional Josh Braun of Submarine Entertainment, producers Sid and Nancy Ganis, producer Darren Dean, and filmmaker and New York Film Festival director Kent Jones.

The Audience Award winner was the closest in BIFF’s 13-year history with the narrative feature going to the hit romantic comedy from Switzerland, STREAKERS directed by Peter Luisi. THREE IDENTICAL STRANGERS also won the Audience Award for best documentary feature.

The winner of the Berkshire Bank “Next Great Filmmaker Award” was the French short film WITH MY OWN TWO HANDS. The French director Michael Barocas sent the following statement from Paris: “I’m proud and honored to win this prize next to such great filmmakers, and I thank my wonderful cast and crew, and especially my wife who had the original idea for the film.” After the opening ceremony in Pittsfield, BIFF presented a sold-out screening of the award-winning documentary BAD REPUTATION about legendary rocker Joan Jett. The evening was also sponsored by Berkshire Bank.

Highlights of the 4-day festival included the opening-night screening of the Sundance audience hit film AMERICAN ANIMALS. The film received an enthusiastic screening to a packed house at the Mahaiwe Performing Arts Center. Variety called the film a “crowd pleaser….a wildly entertaining true-crime thriller.” AMERICAN ANIMALS is now in theaters released Friday by The Orchard. The Opening Night party was held under the BIFF tent with dinner, dancing and cocktails underwritten by MAX Ultimate Food of Boston.

Saturday evening in Great Barrington, the BIFF honored Academy Award-winning actor, Rachel Weisz for her Achievement in Film. In conversation with Chief NY Film Critic David Edelstein, Ms. Weisz shared with the audience wonderful and varied stories from her rich and varied career in film and theater. Immediately following the conversation, BIFF screened her new film DISOBEDIENCE directed by Sebastian Lelio and released by Bleeker Films. The tribute evening was generously sponsored by GWFF USA and the dinner party was held at the St. James Place catered by Red Lion Inn.