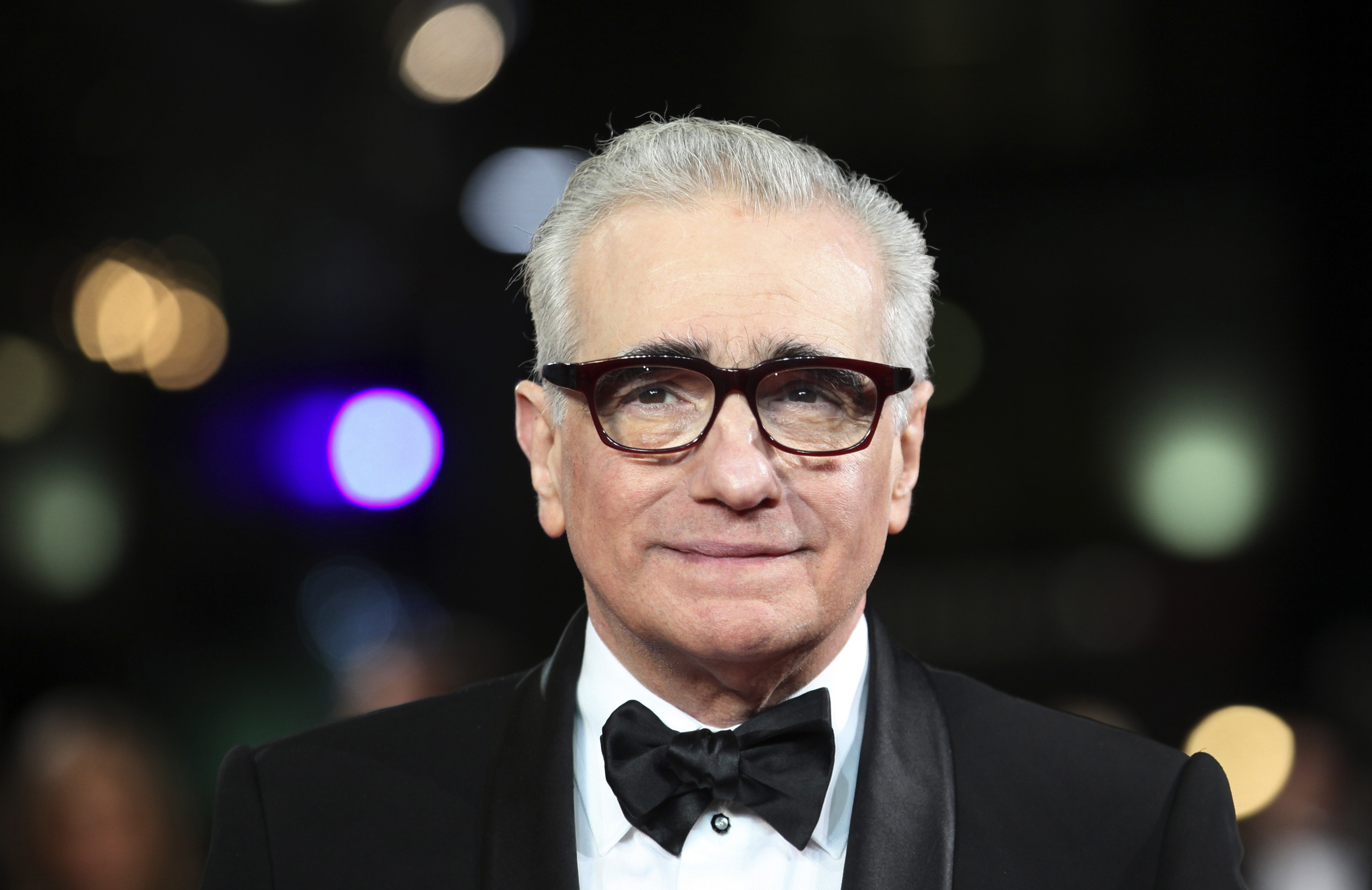 “I am deeply honored and humbled that we will be honoring the legendary filmmaker, Martin Scorsese this year. As one of the greatest film directors of all time, it is extraordinary that he will share his time, stories and five-decade long career with us on the Mahaiwe stage. We are also thrilled to share an extraordinary line-up of films from near and far, many coming straight from their success at Sundance,” said Kelley Vickery, BIFF Founder and Artistic Director. “In our narrative section we have films from promising filmmakers like Lulu Wang, Rashaad Ernesto Green and Ani Simon Kennedy to established filmmakers like Richard Shepard, Nikolaus Leytner and Laurent Tirard. In our documentary selection, we have curated the most timely, funny and thought-provoking documentaries of the year.”
Vickery went on to say, “One of the things I love about the BIFF is the diversity of films that our filmmakers bring to the Berkshires. Each year we present films from around the world to reflect our ever-changing, ever-growing, and ever-hopeful global community. It is my hope that BIFF will inspire our Berkshire audience with wonder, curiosity, engagement, laughter and perhaps even a call to action. I continue to be amazed at the amount of inspired filmmaking that is being created and I celebrate those filmmakers who share their stories and their talent. BIFF continues to bring the world to the Berkshires!”
THURSDAY, MAY 30—Opening Night, Great Barrington: The festival opens withWHAT SHE SAID: THE ART OF PAULINE KAEL, in celebration of the 100thanniversary of her birth. WHAT SHE SAID tells the story of the longtime New Yorkerfilm critic and best-selling author. Featuring a rich blend of interviews with filmmakers and colleagues, never-before-seen archival footage, and Kael’s own words—the latter of which are drawn from interviews, private letters, and published writings that are narrated by Emmy Award winning actress Sarah Jessica Parker—WHAT SHE SAID depicts the storied writer’s battle to make a name for herself through covering some of the biggest cinematic milestones of the 20th century. Variety wrote about the film, “WHAT SHE SAID is an exquisitely crafted documentary about the woman who was arguably the greatest movie critic who ever lived.” The director Rob Garver,New Yorker film critic Craig Seligman, artist Gregory Crewdson and writer Stephanie Zacharek will be in attendance for a Q&A following the film. Opening night festivities also include dinner, cocktails and a dance party for pass-holders catered by Main Street Catering.

FRIDAY, MAY 31—Opening Night, Pittsfield: BIFF will open at the Beacon in Pittsfield with the rock-and-rolling THE APOLLO about the legendary Apollo Theater in New York City. The Apollo Theater has been a cultural anchor on Harlem’s West 125th Street since 1934, and through its doors have passed the most legendary African American artists of the past nine decades. Academy Award-winning filmmaker and Tribeca alum Roger Ross Williams, looks at the storied history of this iconic space while following the Apollo’s inaugural staging of Ta-Nehisi Coates’ acclaimed “Between the World and Me.” The Apollo Theater represents the ongoing struggle of black lives in America and THE APOLLO demonstrates the elemental role that art plays in that struggle by highlighting the broad range of African American achievement that has been discovered, championed, and thrived on its stage.

The opening night begins with a presentation of the TENTH annual “Next Great Filmmaker Award” sponsored by Berkshire Bank—cast your vote before May 30 at www.biffma.org/nextgreat and be part of the excitement! Opening Night festivities continue at Trattoria Rustica with music, cocktails and dinner-by-the-bite immediately following the film.

SATURDAY, JUNE 1—Tribute Night: It is a pleasure, and a huge honor, to pay tribute to the Academy Award-winning and legendary director Martin Scorsese. One of the most influential filmmakers in the history of cinema, Mr. Scorsese has created an astonishing number of masterpieces over his five-decade career. His love of the craft is evident in every film he makes. As an artist, historian, mentor, and inspiration, Mr. Scorsese has left a mark on cinematic history that will live on for decades to come. Mr. Scorsese will be in conversation with New York Film Festival director and film director Kent Jones at the Mahaiwe. The tribute will also include screenings of RAGING BULL and SILENCE. Tribute  night festivities also include dinner and cocktails prior to the tribute for pass-holders catered by MAX Ultimate Food and sponsored by GWFF.

SUNDAY, JUNE 2—Closing Night: BIFF will close with the highly acclaimed SXSW hit, MUSEUM TOWN about the Berkshires own MASS MoCA. The film was directed by Jennifer Trainer who will be in attendance for a Q&A after the screening along with former Governor Jane Swift, Wilco bassist John Stirratt, and Richard Criddle, the director of fabrication for MASS MoCA and instrumental in the Nick Cage exhibit.

In addition to the dozens of remarkable films, BIFF will host special events throughout the weekend including GWFF USA’s Juried Prize Award for narrative and documentary filmmaking, free Kids Flicks screenings, and panel discussions. BIFF’s popular “Tea Talks” also return. This festival favorite began two years ago and this year’s selections include in-depth conversations with special guests about some of our program’s featured films. Hear the stories behind various films: from farming to medical marijuana, and from gender equality in the film industry to the birth of the singer/songwriter era that began in LA’s Laurel Canyon. The TENTH annual “Next Great Filmmaker” Competition created and sponsored by Berkshire Bank will kick-off online on Friday, April 26. Voting will continue through to May 30 and the winner announced at the opening night presentation in Pittsfield, Friday, May 31 at the Beacon. The films in competition are: CHURROS, DIG YOUR OWN GRAVE, FROZEN MEMORIES, RAG, and WAIT FOR LAUGH.  www.biffma.org/nextgreat
THE JURY
The BIFF’s 2019 Jury includes actors Jayne Atkinson, Scott Cohen, Michel Gill and Peter Riegert; distribution guru Josh Braun; New York Film Festival director Kent Jones; Hollywood screenwriter Maria Nation; and casting director Gretchen Rennell. In competition are five documentaries and five films in the narrative category. The award includes a $5,000 prize sponsored by GWFF USA to be presented during a brunch on Sunday, June 2 at Number Ten in Great Barrington. The films in the narrative competition are COLD BROOK, DUELLES (MOTHERS’ INSTINCT), THE SHORT HISTORY OF THE LONG ROAD, LA TERRA BUONA (THE GOOD EARTH), and PREMATURE. In the documentary competition are GAY CHORUS DEEP SOUTH, HONEYLAND, THE INFILTRATORS, ONE CHILD NATION and THE RIVER AND THE WALL.
BIFF FILMMAKER SUMMIT
In 2019, the BIFF will host its eighth annual Filmmaker Summit—a two-day talent academy for this year’s film selection filmmakers. This diverse, multi-dimensional program of panel discussions, lectures, special events, and breakout sessions is led by known industry professionals including the Berkshires’ own special effects legend, Doug Trumbull. Beginning on Wednesday, May 29, the Filmmaker Summit is a very special introduction to the festival for filmmakers.
BIFF SPONSORS
Premiere sponsors of the festival include the Triplex Cinema, GWFF, Phoenix Theatres Beacon Cinema, Studio Two, Max Ultimate Food, The Annie Selke Companies, The Red Lion Inn, Town Vibe, and Berkshire Bank. Supporting sponsors include Karen Allen Fiber Arts, Berkshire Mountain Distillers, Inc., Stella Artois, Abbotts Livery, Haven Cafe, Stonover Farm, Fairfield Inn and Suites, Theory Wellness and Berkshire Grown.
THE LINEUP: FEATURES, DOCUMENTARIES, AND SHORTS
Check http://www.biffma.org/ for dates and screening times
NARRATIVE FEATURES
BROKEN MIRRORS, Israel (d. Aviard Givon, Imri Matalon with: Liora Rivlin, Mauel Elkaslassy, Renana Raz and Shira HaasCOLEWELL, US (d: Tom Quinn with: Karen Allen and Hannah Gross,
Q&A with Karen Allen and Tom Quinn following the screening*COLD BROOK, US (d. William Fichtner with: William Fichtner, Kim Coates, Brad Henke, Mary Lynn Rajskub, Robin Weigert)
Q&A with William Fichtner and Kim Coates following the screening

THE ART AND TIMES OF FROSTY MYERS, US (d: Chris Stearns) Q&A with Frosty and Debra Myers following the screening

THE BIGGEST LITTLE FARM, US (d: John Chester)
Tea Talk with Panel Discussion after the screening

DREAMING OF A VETTER WORLD, US (d: Bonnie Hawthorne)
Q&A with filmmaker following the screening

ERNIE AND JOE, US (d: Jenifer McShane)
Q&A with filmmaker following the screening

FROM SHOCK TO AWE, US (d: Luc Cote)
Q&A with filmmaker following the screening

JAY MYSELF, US (d: Stephen Wilkes)
Q&A with filmmaker following the screening

*THE RIVER AND THE WALL, US (d: Ben Masters)
Q&A with filmmaker following the screening

THE TIMES OF BILL CUNNINGHAM, US (d: Mark Bozek)
Q&A with filmmaker following the screening

TONI MORRISON: THE PIECES I AM, US (d: Timothy Greenfield-Sanders)

THE WEIGHT OF WATER, US (d: Michael Brown)

VENUES AND TICKETS
Venues for all of the weekend-long events and screenings include the Triplex Cinema and the historic Mahaiwe Performing Arts Center in Great Barrington and the Beacon Cinema in Pittsfield.Passes are on sale now at $300 and $600 ($200 passes are nearly sold out). Individual tickets go on sale April 26-29 FOR BIFF REEL FRIENDS ONLY and to the general public on April 30. Tickets may be purchased online at www.biffma.org. Tickets may also be purchased in person at the Triplex Cinema or the Mahaiwe Box Office in Great Barrington.

Berkshire International Film Festival is a 501(c) 3 non-profit organization. To obtain more information, to join as a sponsor, to volunteer, to become a REEL Friend or to make a contribution to BIFF, please contact kelley@biffma.org or lauren@biffma.org.The BIFF has become the festival of choice for filmmakers and film lovers who are seeking a unique Berkshire experience and a place to indulge their passion for film. The Festival connects audiences to compelling documentaries, award-winning international releases with incredible parties and events, all just a short drive from New York City and Boston. Films and events will be held throughout Great Barrington and Pittsfield, including the Triplex Cinema, the historic Mahaiwe Performing Arts Center, and the Beacon Cinema, as well as area restaurants.