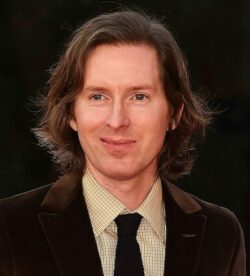 Happy New Year to our BIFF Community and Thank You for Your Loyal Support Throughout this Unprecedented Year!

As Promised, BIFF is Remaining Physically Distanced, but Still Socially Engaged, so we are Thrilled to Present a NEW FREE FILM SERIES

Films by Three Iconic, American Auteurs and Discussions will be led by Howie Arkans beginning FEBRUARY 21, 2021

** And, if you missed our screenings of JIMMY CARTER: ROCK AND ROLL PRESIDENT at this summer’s Drive-In, CNN will be airing the film on Saturday night! It is a wonderful documentary which was scheduled to be BIFF and Tribeca’s opening night film last year. Check it out!
————————————————————

This February, March, and April, BIFF is sponsoring a FREE monthly discussion of films by American auteurs. Howie Arkans will curate a discussion of two films by the auteur on the fourth Thursday of each month.

We’ll start with Jim Jarmusch in February, Wes Anderson in March, and wrap the season up with Noah Baumbach in April. All films in the series are available to stream on Amazon Prime Video.

The concept of the auteur—of the filmmaker as an artist and author of his or her works—began in Paris in the late 50s to 60s, where filmmakers and critics reacted to the industrialized of filmmaking in the United States and Europe.

There will be two films participants can stream before each session, and Howie will propose questions and lead a discussion of the films, answering questions and criticisms. BIFF is very pleased to be presenting this fun series to help us get through the winter and we are grateful for Howie’s time and expertise!

Howard Arkans BA, MD, Stanford. He has had a keen interest in film since his grandmother took him to see The Jazz Singer (remake) in 1952. He has taught Tuesday at the Movies for OLLI at BCC for the past 12 winters. He has been a REEL Friend of BIFF for years.”