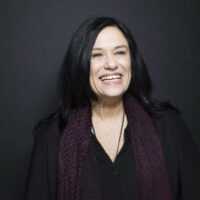 Oscar-winning documentarian Barbara Kopple is perhaps the Grand Dame of Documentary. Her Harlan County, USA brought the struggle of Appalachian coal miners to a national stage and remains one of the seminal texts of American documentary filmmaking, 45 years later. Since then, she’s kept releasing award-worthy docs like American Dream (1990), Shut Up & Sing (2006), and Miss Sharon Jones! (2015); her latest doc, Desert One, about the failed 1980 U.S. hostage rescue attempt in Tehran, was part of the BIFF’s drive-in programming in the summer of 2020.

I first started out with David and Albert Maysles with Gimme Shelter. We were filming at Madison Square Garden. My main job was to carry David’s audio tapes and Albert’s film. Because I was the youngest and the “low person on the totem pole,” I got the job guarding the equipment while the others were breaking for a meal.  I looked over and suddenly saw Mick Jagger standing there. Not exactly knowing what to do, I just said, “Well, it looks like we’re going to have a big crowd tonight!”

I was also part of the human tripod where Stan Goldstein had Al Maysles sitting on his shoulders filming—I was supporting and trying to keep Stan from falling so Al wouldn’t topple to the ground.

I was part of the collective that made Winter Soldier. But Harlan County USA was the first film I conceived, directed, and produced myself.

I guess I really can’t answer that. Because I honestly love so many people’s work. It would be impossible to point to one or even a few filmmakers as my favorite.

It’s a little hard to talk about, as you never know in this business when things will move straightforward or not. But there is a special project where I have waited 22 years to get the rights to the book—and I finally got those rights. We’re at the very beginning of putting it together.

We do, however, have many films in the works—so stay tuned! And I am always looking for the next big, exciting project. It’s like getting gifts at Christmas.