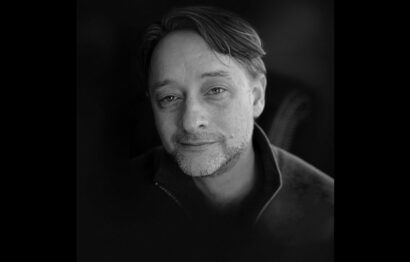 Darren Dean came on the film scene with 2008’s masterful feature Prince of Broadway, co-written with and directed by Sean Baker. Since then, Dean has produced such notable projects as Kinyarwanda, Tangerine, and The Florida Project. A former journalist, Dean combines those keen observational skills with the raconteur spirit of his former CBGB-playing band, SHOT to help create truly unique cinematic experiences.

Like many first time filmmakers, I hadn’t a clue what I was doing. There, I said it. I came to work as a writer, and then shifted into the producing chair when the first producer decided to part ways with production. That said, working with long-time friend Sean Baker on my first feature (Prince of Broadway) was the best first experience anyone could hope for.

I say this frequently, but it was like shooting a film with my best friend in their backyard. In this case, that backyard was NYC. I decided then that I would try to mimic that experience as much as possible moving forward. You should enjoy your job, right? And I think that every writer, director, producer, should love the collaborative experience like I did during those 35 days.

It was just a group of friends doing what they wanted. I get hit up a lot from folks who ask me to do their films because “I can” make their film. My worldview is to embrace the “want” and not the “can.” If you can surround yourself with best friends who WANT to make your movie—it doesn’t matter if that group is made up of a chiropractor, a cab driver, your sister-in-law and a high school student—the recipe for success is having a group surround you that wants you and the film to succeed. That’s the kinetic energy you want.

There are several “right” answers to this…

Obviously, whomever I’m working with at any given time is my favorite filmmaker of the moment. And that’s not hyperbole. Channeling all my energy and creativity into a project requires being tethered to the vision and energy of that film 24/7.

That said… I do have quite a kinship with Sean Baker, as a collaborator and as an observer. I never know what he’s going to bring to the table next—even if I’m standing next to him! His works and working with him have influenced and inspired my own work and collaborations with others.

But, as far as inspirations? It would certainly be Altman. Nashville is one of the greatest films ever made. Period.

Michael Haneke is a close second. I love that what is NOT seen in his films is the place where the greatest drama lies.

Well, I could tell you, but then I’d have to… you know…. Anyhow… There’s a slate. I can say that. The 18-24-month plan. Nine features. Several TV shows. A trilogy. I’m writing/directing three of these. And a long gestating adaptation is finally seeing light. At least two projects with folks attending this very festival. Plus a very special look back at an old project, dressed up in new shoes. I know—I’m such a tease. I’ll also say that, once again, the upcoming slate reflects, as in years past, the best and brightest new filmmakers, alongside some tremendous industry veterans. Buy me a drink and maybe I’ll let more secrets slip….