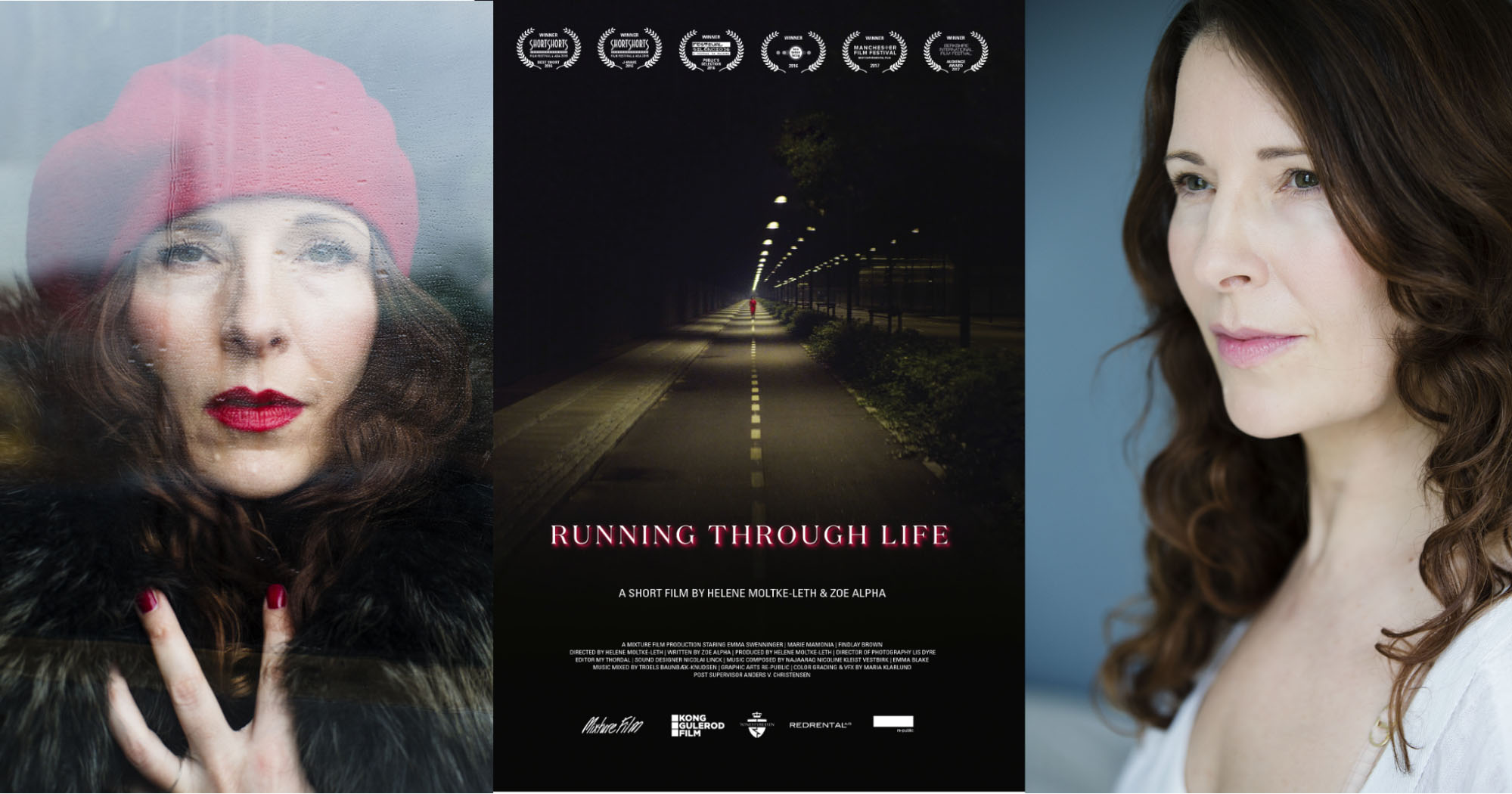 Danish artist Helene Moltke-Leth made quite a splash at BIFF in 2017 with her short Running Through Life, a meditation on the limitations of modern society. But she’s not just a filmmaker: Moltke-Leth also DJs (she was one of Copenhagen’s first female DJs), and her current focus is on a mixed-media photography series. Her ability to blend art, poetry, and the language of cinema to articulate relevant themes has led to eight international awards for her film work, including the Next Great Filmmaker Award at BIFF.

When I was in 7th grade, my mom took me out of school for four weeks to make an educational film for the Danish Red Cross in Zimbabwe. To experience the red soil of Africa and a completely different culture and way of life than I was used to—as a white teenage girl coming from a small, safe welfare country in Europe—was a profound experience in many ways.

My mother was the director, and she worked closely together with a Danish documentary photographer and a Danish sound engineer. I was only 14, and I functioned as a sort of runner. The theme of the film was a serious matter, and I learned a lot about the hard work of making films: getting up in the middle of the night to get the morning light, carrying heavy equipment, keeping track of continuity, etc.

But I also learned how important it is to have a good spirit and have a fun time together as a team. When somebody can make you laugh like a drain, it is not so hard to get up at 4 o’clock in the morning and carry heavy equipment.

When we arrived in Zimbabwe, we hooked up with the most fantastic, clever, and hilarious man called Justin. He worked for the Zimbabwe Red Cross. He was a great help when we went shooting out in the countryside in Zimbabwe. And OMG, he could make us laugh! His sense of humor was without comparison. It was in 1988 and the film industry and its storytelling were all about the white man, but Eddie Murphy had made it all the way to Denmark with “Raw” and Beverly Hills Cop.

I thought Eddie Murphy was the funniest man I had ever experienced on film, but when I met Justin, I experienced new stomach muscles that I was not aware I had from laughing so hard. His humor was so clever, warm, and “in the moment,” coming from raw talent and never coarse, pretentious, or stupid. If he hadn’t been working for the Zimbabwe Red Cross, I think he could have made it as a fantastic comedian, if there were options for a field like that in his country.

The first film I directed and wrote was an artistic short film with the title Roundtrip. It was black and white, very simple but still strong in its expression and it had a slightly scary feeling with an underlying sense of humor. Unfortunately, I don’t have a copy of the film anymore, which I am really sad about, because I got a really great response to it back then, which gave me some confidence as a young woman who dreamed about artistically expressing the talent I felt I had within me. I did it when I was 20 years old at a brilliant art school here in Denmark. We have something called Danish folk high schools, which offer non-formal adult education, but still, give you knowledge and help you learn within a specific trade, profession, or field.

David Lynch, because he is so much more than a filmmaker. He is a brilliant and a unique filmmaker, without a doubt, but he also makes music and fine art, and I simply love his diverse talent and all his skills.

I am doing fine art at the moment, and I really love it. I take abstract and sensuous pictures with my Leica camera. I use a technique where I take colorful blurred close-ups within a flower or a plant. Then I print a selection out. I look at the print, and then I see and imagine things in the picture. Then I make a creative experiment—I draw and do color grading by hand, using crayons and sometimes even make-up. The make-up that I use is make-up by Jane Iredale. I was so fortunate to meet Jane Iredale very briefly when I was at BIFF. I love using her products in my fine art, and I’ve been using her make-up for years in my daily life to make myself look beautiful in a natural way.