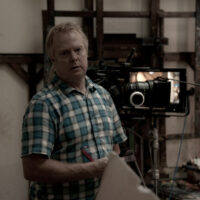 Although new to BIFF, John Forsen has been working in the documentary world for nearly 40 years. He founded MagicHour Films, sold it after 15 years, and now has his own production company, Fidget Films. His 2005 film Expiration Date won multiple film festivals and landed a distribution agreement with Landmark Theatres, and his drive and dedication have earned him numerous awards, including 14 Emmys, 2 Addys, a few Chicago and New York Film Festival best of show awards, and a Gold Lion from the Cannes Film Festival.

He most recently completed the Emmy-nominated doc Song of Rapa Nui, about a pro classical pianist from Easter Island. His BIFF entry, Lino Tagliapietra: The Making of a Maestro, is a documentary about Italian glassblowing legend Lino Tagliapietra.

An Op-Doc about George Takei’s experience as an internment camp kid, how Asian American hate crimes are still prevalent 80 years later, and how music might heal wounded souls.