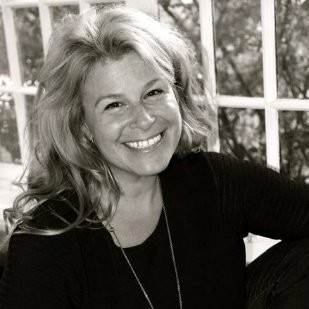 Julia Mintz is a writer, producer, and director whose work on documentary series like Independent Lens and American Masters, and films like the Academy Award shortlisted Nanking, has made her a master of the form. Perhaps her most important work has been as the director of the documentary Four Winters, which was chosen for BIFF’s 2020 slate—we’ll let Mintz herself tell you about it below.

“I love the BIFF’s knack for empowering audiences to stretch beyond their comfort zones, creating opportunities to delve into unknown stories and reliably connecting them to remarkable filmmakers, bringing together disparate realities in the dark under the light of the silver screen,” Mintz says.

It was heart-pounding, thunderous, and full of breathtaking suspense. It was 1998 and I was on location at Kennedy Space Center in Florida producing the live coverage of John Glenn’s historic return to space, aboard the shuttle Discovery. To be a part of documenting this moment in our collective human story was a stunning experience. After the rocket boosters separated and the shuttle safely left our atmosphere, we all broke out in cheers, applause, and tears.

Four Winters was the first feature documentary film that I wrote and directed. It tells the story of the Jewish Partisans who fought back against the Nazis and their collaborators from the primeval forests of Eastern Europe. These brave and determined men and women, many barely teens, tell their story for the final turn. Engaging in acts of sabotage, blowing up trains, burning electric stations, and attacking armed enemy headquarters, they rose up against supremacist ideologies, Nazism, and brutality. Four Winters shatters the myth of Jewish passivity through a stunning, heartfelt narrative of heroism and resilience.

For me, there is really no singular answer to this question. It’s ever-evolving. Yet, I remain deeply grateful to the early thought leaders and visionaries in documentary filmmaking including Henry Hampton (Eyes on the Prize) and Claude Lanzmann (Shoah). And I would be remiss not to mention Errol Morris and the prolific and brave Barbara Kopple, who have truly inspired and influenced my work.

A wonderful story from the early 1940s that I’m adapting into an animated short film. I am drawn to direct this work in that it portrays, in the face of sickness and dire poverty, the deep-rooted legacy of generosity and kindness through a mother-daughter bond.