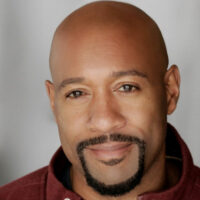 Mark Cade is a veteran actor who made his name on stage and in soaps while living in New York, then found success in Los Angeles acting in shows like The O.C., Friends, and Seinfeld and as the lead in the feature True Men. Cade, though, felt a strong urge to tell his own stories. He began writing his own screenplays, leading to his first BIFF film, Nice Guy, which he wrote, directed, and stars in.

I was playing a supporting role opposite one of the leads in a film. I was incredibly nervous because I recognized every actor and actress in the film. I had seen all of their work in previous projects and found myself in awe and thinking, “What am I doing here?”

Nice Guy is my first!

I started writing my next project a few months ago. It’s a full length feature and I think it’s going to be very impactful!