Skip to main content
Close Search
In The NewsLatest

She has so much going on, it’s hard to keep track of it all. On this day, Alfre Woodard was gearing up to present an honorary OSCAR to Danny Glover, recipient of the Jean Hersholt Humanitarian Award. “He’s a cherished friend for many, many years,” says Woodard, who is at home in Santa Monica, California, when we talk. Woodard herself will be honored at this year’s 16th annual Berkshire International Film Festival (BIFF). She calls the Berkshires “the most beautiful place in North America” and had planned to be honored in September last year, but the BIFF went virtual. The much-anticipated tribute to Woodard is now on Saturday, June 4, at the Mahaiwe Performing Arts Center. 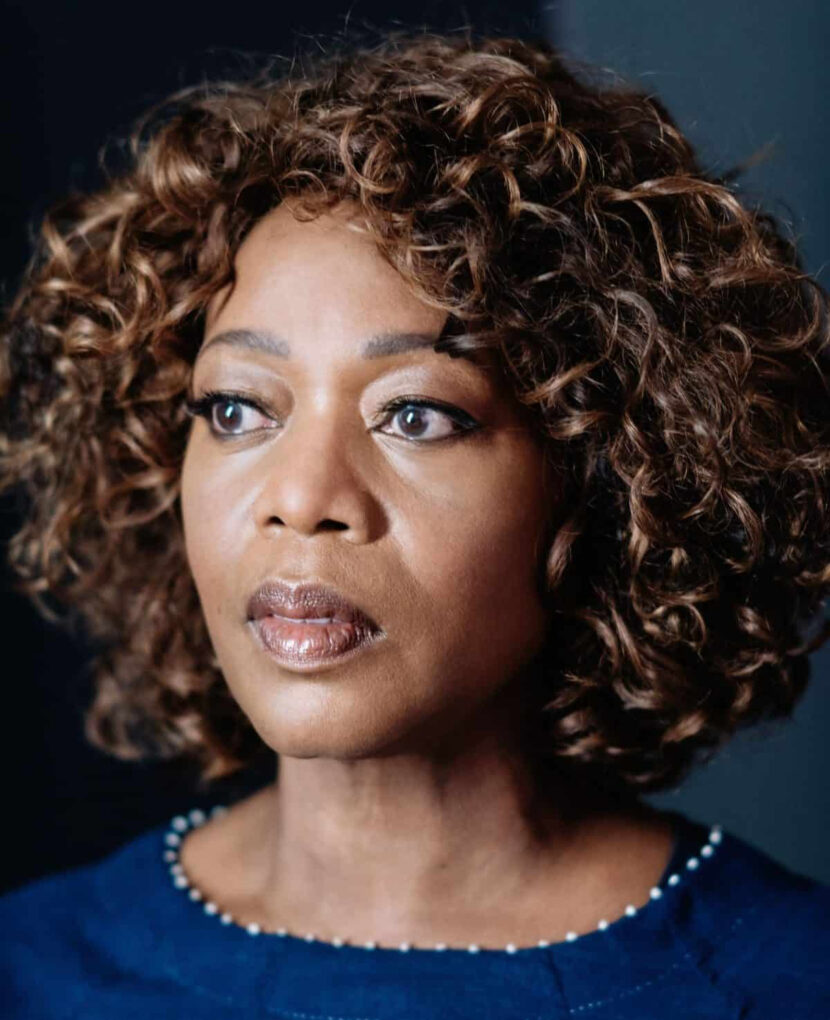 Woodard still came to Massachusetts for three months last year to film Salem’s Lot, a big-screen take on the 1975 Stephen King vampire novel that is to be released this September. She is also a cast member of the Russo Brothers’ The Gray Man, to be released in July. What she really can’t wait for, though, is to be in the Berkshires, and to immerse herself in BIFF. “I need the countryside, and I need a festival setting. I’m a real film fest person. It’s one of my favorite places, probably before libraries and bookstores.” She shared more with us about the Berkshires, about her craft, about her activism, and about her family.

How did you first hear about the Berkshires? “I was a geography geek growing up, so I knew where the Berkshires was. I arrived at BU, where I went to school, in September 1970. I was 17. I was from Tulsa, like a fish out of water. I was at Kenmore Square at a big record store and saw James Taylor in the window—Sweet Baby James—and I went in, and that was the first album I bought. That’s when I came out to the Berkshires, after listening to him sing about the Berkshires. And that’s actually when I felt grounded. There is a comforting soulfulness about the Berkshires. I would slip out, probably once a month with friends, and we would go driving out there, go hiking. When I met my husband (Roderick Spencer), he was in Lenox at Shakespeare & Company, this was 40, maybe 42 years ago. I would go and spend time with him at The Mount and then, of course, at Canyon Ranch. I was a Canyon Ranch fan, once they expanded from Tucson up to the Berkshires.

What are you looking forward to doing when you return to the Berkshires? There’s a lushness to the greenery of Western Mass., and I really like being outdoors. I’m looking forward to cramming in as many films as I can. That’s the only reason why I said yes, is to see the films. (Laughs.) It’s like a holiday to me. I feel guilty sitting down and just watching movies, so to go to a festival and the only requirement is to come watch this, come see that—it’s a real luxury. I love the cinema, and my love of it happened before I knew what I was going to do in it.

What do you think about Juanita, which you star in, being screened at BIFF? I’ve done a lot of work, but I feel like Juanita would be good medicine in this period that we are going through. It is a joyful film, and it’s realistic. My husband, who is coming with me, wrote it for me. What I love about it is that it puts a working-class woman—the type of woman we overlook in public and in our everyday—in the center of the frame. We call it a coming-of-age-of-a-woman-of-a-certain-age story. It’s true across classes, across nations and cultures, how women put everyone in their household before them, before their own needs and pleasures. She takes off without a plan and opens herself up for discovery. That’s something all of us can relate to, because where do we go from here? People talk about getting back to normal. There is no normal. We have to figure out all the things that we were comfortable with, satisfied with, and discover those in this new land we’re in.

You’ve made a huge impact on film and TV and have received multiple awards. You were the executive producer of The Porter, a new series co-produced by Canadian Broadcasting Corporation (CBC) and Black Entertainment Television (BET). Can you tell me about that? I was more of a fairy godmother in the very beginning with this gifted and prolific group of Black Canadians. They’re all at the top of their profession. But every time they work, they would usually be the only Black person in their entire crew and production company, which, I thought, Are you kidding me? How was this possible? This was a coming together all of those people. Arnold Pinnock was the person who brought me in. He nurtured that story for over eight years to get it to the screen. Porters were one of the most important movers of the African American community. They were very strategic in the Civil Rights movement because they moved around; they brought the news. This is a great story because it centers on the Canadian rail line from Montreal to Chicago in 1921. There are lots of music and clubs, the establishing of the unions, the Pan-African movement with Marcus Garvey. I play a character called Fay. She’s like the mother superior in a brothel in Montreal. So there’s all kinds of people in that community represented in the telling of this story. It is really fine.

You’ve always been active politically and getting involved. What moves you, and what created that activism? We call it activism now, but it’s the people I come from. It’s an awareness from when I was four or five years old, with the adults around me—my parents and how they operated. It didn’t necessarily have to have titles or names. It was like brushing your teeth. Is anybody hungry, or are any of your friends hungry? Take this over to that place because there are people coming in there who need clothing. There was an awareness that you didn’t live in a vacuum, Both my parents grew up rural, as a lot of the population did. My father’s people were landowners; my mother’s people were sharecroppers. They were both African American, but from different economic situations. They were people of the land, which meant none of us were separate. We’re all interconnected. You plant your crop and it was the luck of the draw, whether it comes up that year. If yours didn’t come up, or if one of your neighbors or somebody in the vicinity has a failed crop, you split what you get that year with them. You make sure that family is covered, because it could be you, and it didn’t matter what color that family was. This was in a county where young boys would get strung up just for being mischievous young Black boys. People understood that they were all living together. So that sensibility came in probably when I was 14. Also, I remember when I was five years old and my siblings were six years older and four years older than me. We’d be called in from play or whatever you’re doing at six o’clock, and my dad would be sitting in his bedroom with his TV tray, eating supper and watching Douglas Edwards with the news. We had to watch the news every day then go back outdoors. My father had a political awareness and opinion, but he would ask us what we thought.

What do you feel are some of your proudest accomplishments? I don’t look back that way. My kids are 30 and 28. Raising kids, you don’t really have time to look back because you’re so in the moment. I had two, and it felt like four. When they were in my arms, I said to them while they were just projectile barfing, I’ll give you as normal a life as I possibly can. And that’s what I’ve done. I’ve been mom first. If I had 12 hours free, I flew to wherever they were to go to the soccer match, the Lacrosse match, the horse show, yell and clap and then go straight back to set. I don’t think on my career because I just want to work. I’m not interested in legacy or imprint or anything like that. I’m still practicing my craft. And when the focus is there, I can stay truer to storytelling.

What is the essence of who you are? My first commitment—and my only commitment when I work—is to my character. That’s why you train is to find a way to get all of your history that’s in your body, all your opinions, even the way you speak, the way you walk, and let go of all those things. Everything we see and hear and experience from the time we are five years old or older is somehow lodged in our body and our emotions and in our psyche. So if you want to bring another character to life, it’s not enough just to see her and believe her. You’ve got to get yourself to neutral, and then you layer in the other person. You have to not only figure out the way that they speak, the dialect, the region, but also where in the state this person is from, and you look out of their eyes onto the world. And then the very last thing you deal with are the lines you have to say. Once you find that person, those lines come very easily. Because we know that life happens in-between the lines, not on the lines.

The Berkshire International Film Festival will be held June 2-5 at the Triplex Cinema and the Mahaiwe Performing Arts Center in Great Barrington, and the Linde Center at Tanglewood in Lenox. Alfre Woodard will be honored at the Mahaiwe on Saturday, June 4 at 7 p.m. There will be a presentation and a talk with her, followed by a screening of Juanita.